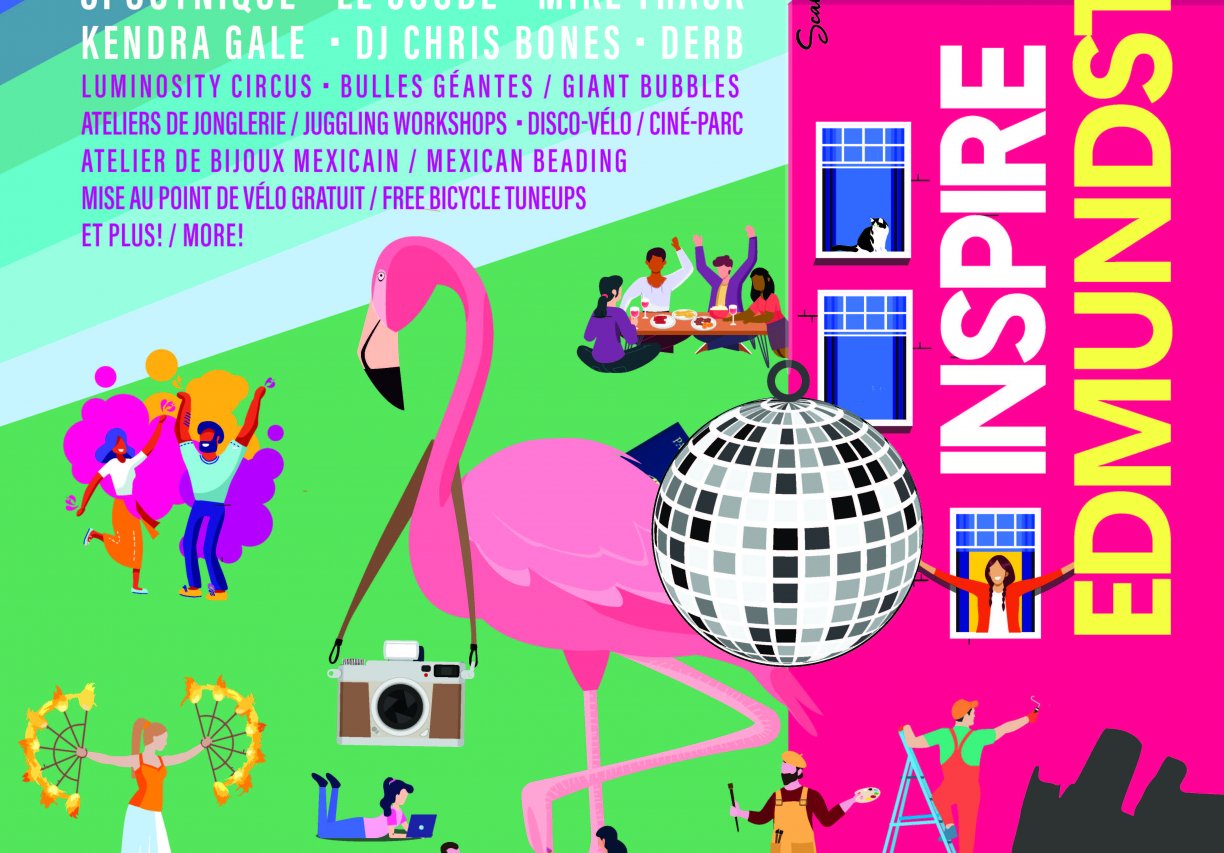 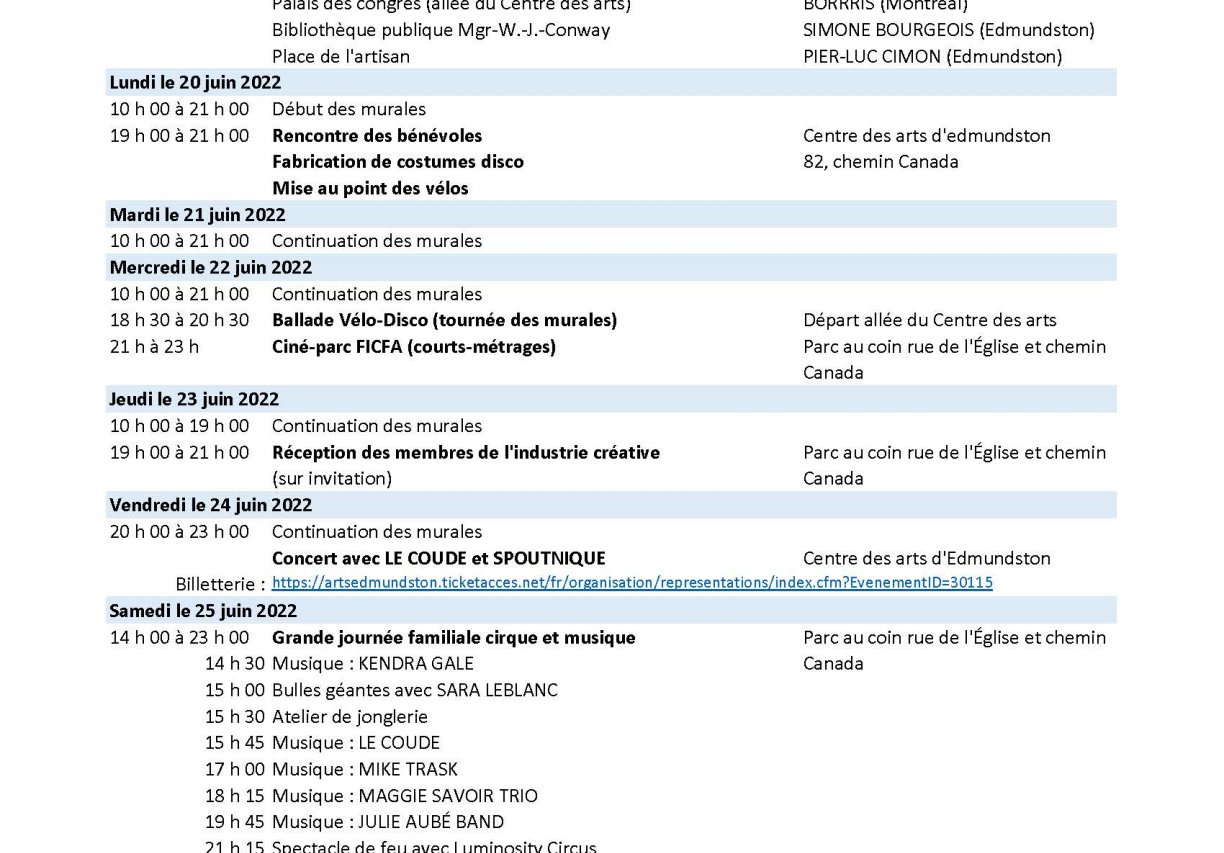 Park at the corner of l'Église Street and Canada Road
82, chemin Canada
Visit WebsiteBuy nowContact us(506) 739-2127

The Inspire Festival will be held in Edmundston from June 20 to 25. At least three monumental murals will be painted in downtown Edmundston by muralists from the Madawaska area and elsewhere in the country.

The Inspire Festival also offers six days of free artistic programming. Several flagship events are on the program, including :

The coming of the Inspire Festival to Edmundston will also encourage cultural development in the region, thanks to a mentoring program for young muralists, networking meetings for the industry and superb visibility for local artists in the